Belas Knap is a neolithic long barrow, situated on Cleeve Hill, near Cheltenham and Winchcombe, in Gloucestershire, England. It is in the care of English Heritage. "Belas" is possibly derived from the Latin word bellus, 'beautiful', which could describe the hill or its view. "Knap" is derived from the Old English for the top, crest, or summit of a hill...What appears to be the main entrance to the barrow, with intricate dry-stone walling and large limestone jambs and lintels is, in fact, a false one. The actual burial chambers are down the long East and West sides of the barrow and at its Southern foot. There are four burial chambers, two on opposite sides near the middle, one at the South-East angle and one at the South end. These are formed of upright stone slabs, linked by dry-stone walling and originally had corbelled roofs...This northern end measures about 26 metres wide and the barrow then tapers towards the south where it measures 17 metres in width and less than a metre in height. The whole of this trapezoid mound is around 70 metres in length. 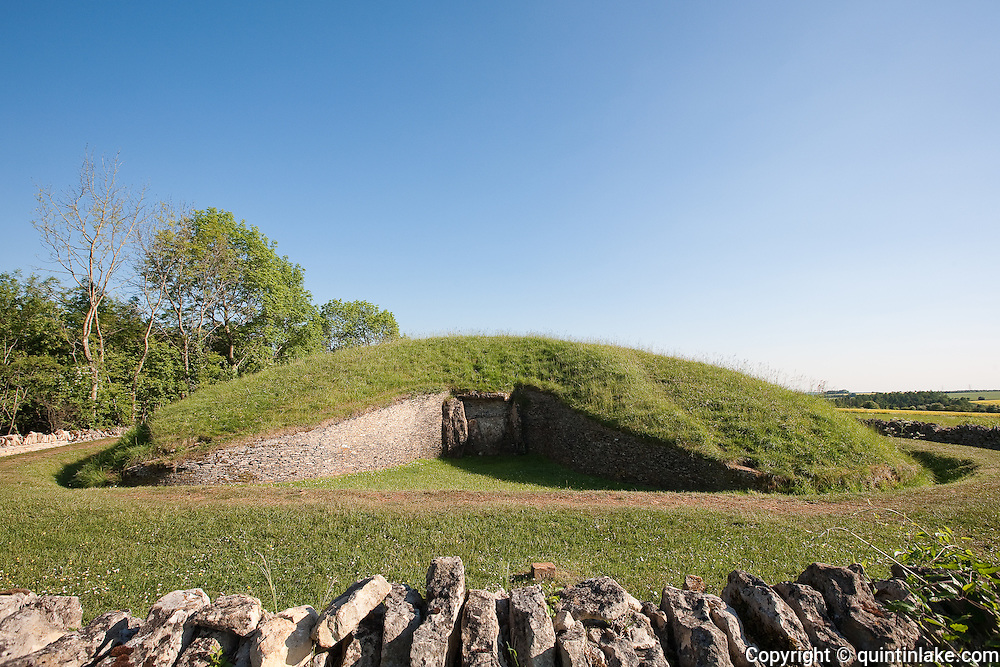