Lenin's Mausoleum (Russian: ????????? ???????; Mavzoléy Lénina) also known as Lenin's Tomb, situated in Red Square in Moscow, is the mausoleum that serves as the current resting place of Vladimir Lenin. His embalmed body has been on public display there since shortly after his death in 1924 (with rare exceptions in wartime). Aleksey Shchusev's diminutive but monumental granite structure incorporates some elements from ancient mausoleums, such as the Step Pyramid and the Tomb of Cyrus the Great. 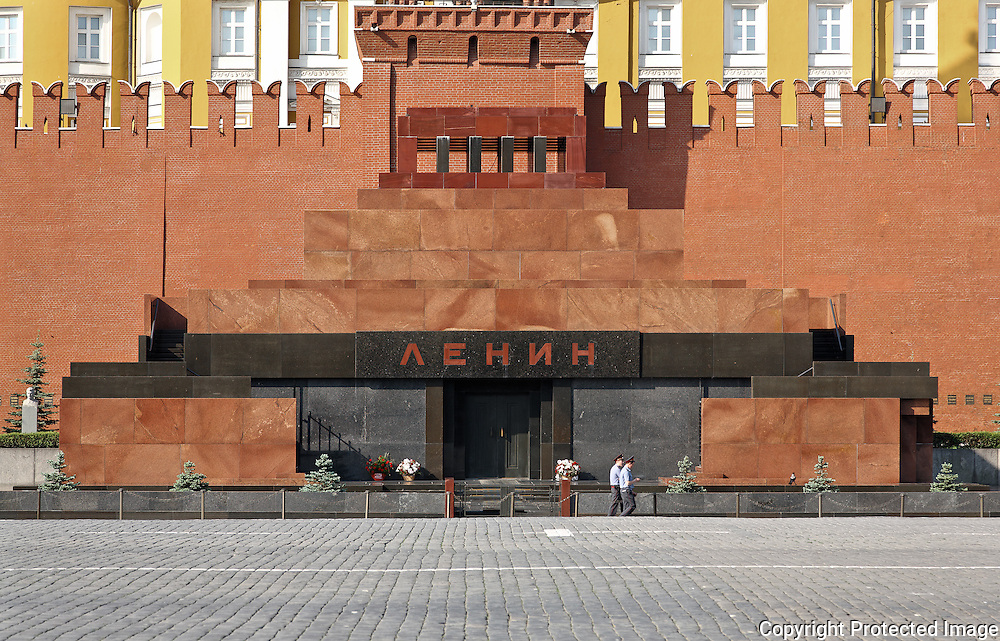