One of the most characteristic tangible cultural heritages of the Cham and also one of the most sensitive to change is their house. The Cham build their houses on the ground and arrange them in orderly rows. Their houses are surrounded by a garden with a wall or hedge. The doors open to the south-west or between. The architectural style is similar to that of the Viet with walls made of brick or a mixture of lime and shells, and covered with tiles or thatch. Houses of more than one storey are rare. In certain localities, houses on stilts are found but the floor is only 30 cm above the ground. The rooms of Cham houses are arranged according to a particular order: the sitting room, rooms for the parents, children, and married women, the kitchen and ware- house (including the granary), and the nuptial room for the youngest daughter. This arrangement reflects the break-up of the matrilineal extended family system among the Cham. The Cham living in Ninh Thuan and Binh Thuan believe that they have to perform certain religious rituals before the building of a new house, particularly praying for the Land God and asking for his permission to cut down trees in the forest. A ritual is also held to receive the trees when they are transported to the village. A ground-breaking ceremony called phat moc is also held. The precinct of the Cham traditional house is the residence site of a Cham family. It is an assembly of several houses with different functions and these houses relate closely with each others. 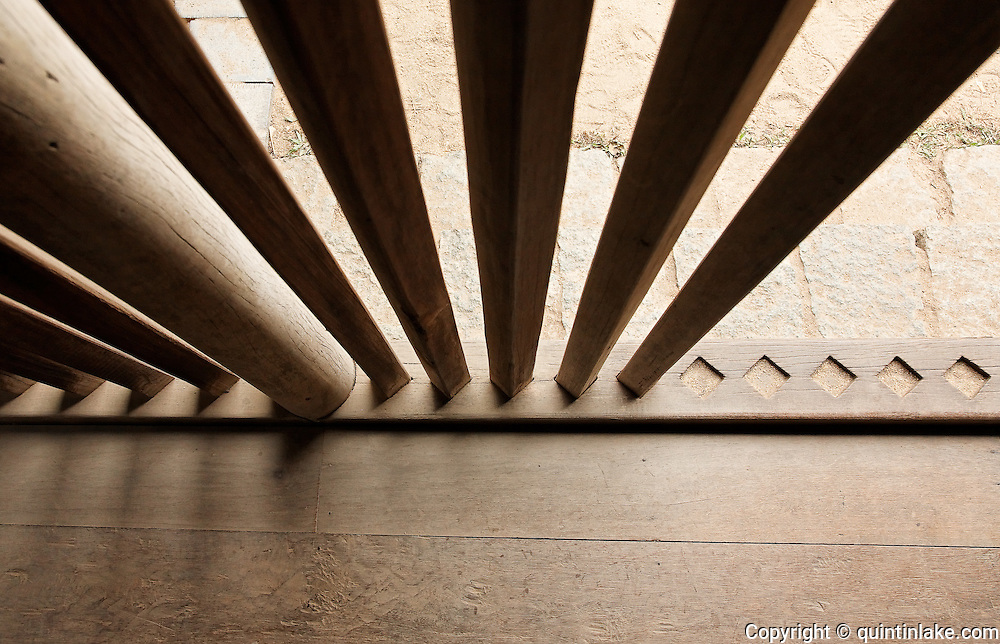