Blast furnaces of Vítkovice Iron and Steel Works, Ostrava, Czech Republic. .This site has been declared an Industrial Heritage Site by the Ministry of Culture and is a unique example of industrial architecture from the first half of the 19th century. The site was occupied by a puddle furnace from 1828. It was founded by archduke Rudolf and was the first one of its kind in the entire Austrian Empire. The first blast furnace began production in 1836, and the Hlubina coal mine was opened in 1843. Soon the site provided for an entire industrial process from start to finish, from the mining of coal as a raw material, through the manufacture of coke, to its use in the production of iron.This continued uninterrupted until 1998. 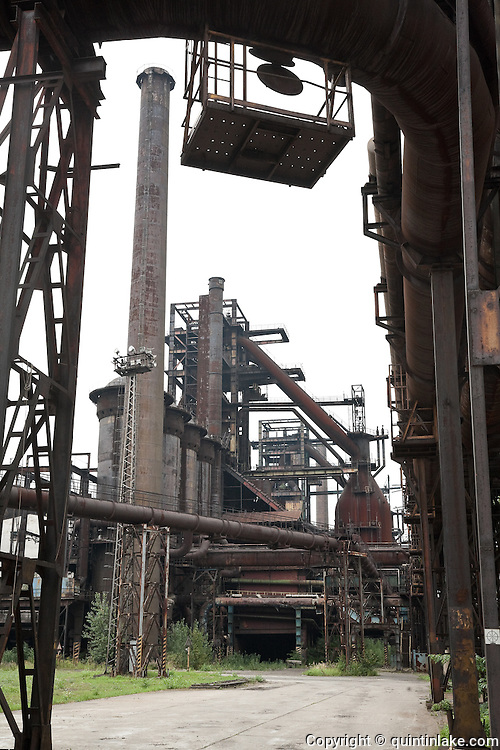