Memorial to Sir William Duff, governer of New South Wales. The Waverley Cemetery opened in 1877 and is a cemetery located on top of the cliffs at Bronte in the eastern suburbs of Sydney. It is noted for its largely intact Victorian and Edwardian monuments. The cemetery contains the graves of many significant Australians including and the poet Henry Lawson and Australia's first Prime Minister, Sir Edmund Barton, who is interred at South Head...Architecturally, Waverley Cemetery is significant in that it showcases examples of Stonemasonry and funerary art dating back from the 19th century,with features (such as the gates, buildings and fencing) that due to their intact nature are considered of outstanding aesthetic value...Poetically, the juxtaposition of the tombs and memorials overlooking the pacific ocean of the sea makes the cemetery a unique place. 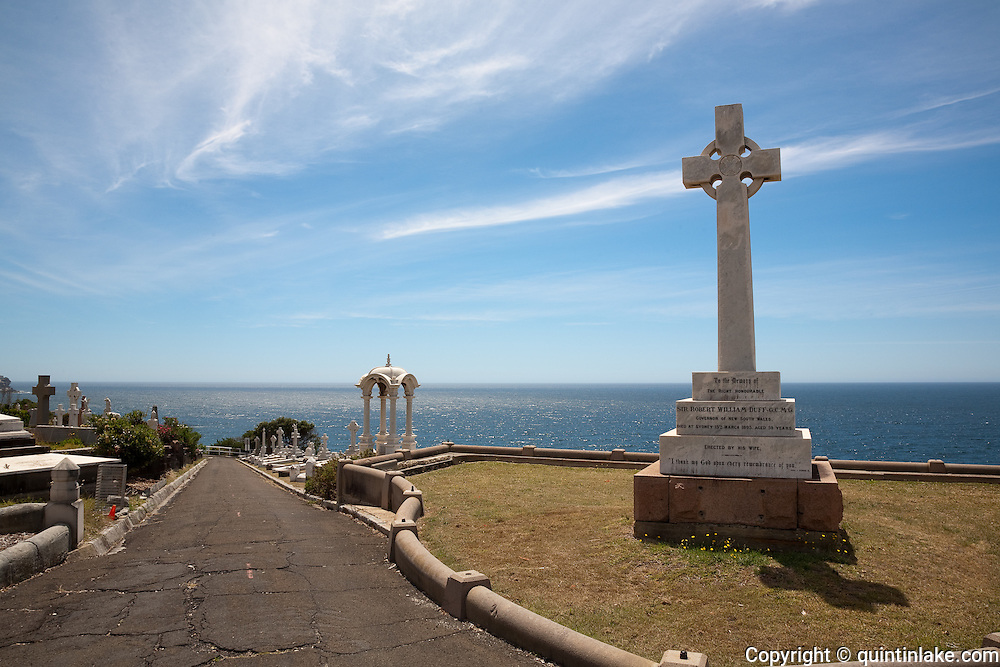