Resafa, known in Roman times as Sergiopolis, was a city located in what is now modern-day Syria. Situated south-west of the city of Ar Raqqah and the Euphrates. The site dates back to the 9th century BC, when a military camp was built by the Assyrians. During Roman times it was a desert outpost fortified to defend against the Sassanids. It flourished as its location on the caravan routes linking Aleppo, Dura Europos, and Palmyra was ideal. Resafa had no spring or running water, so it depended on large cisterns to capture the winter and spring rains. 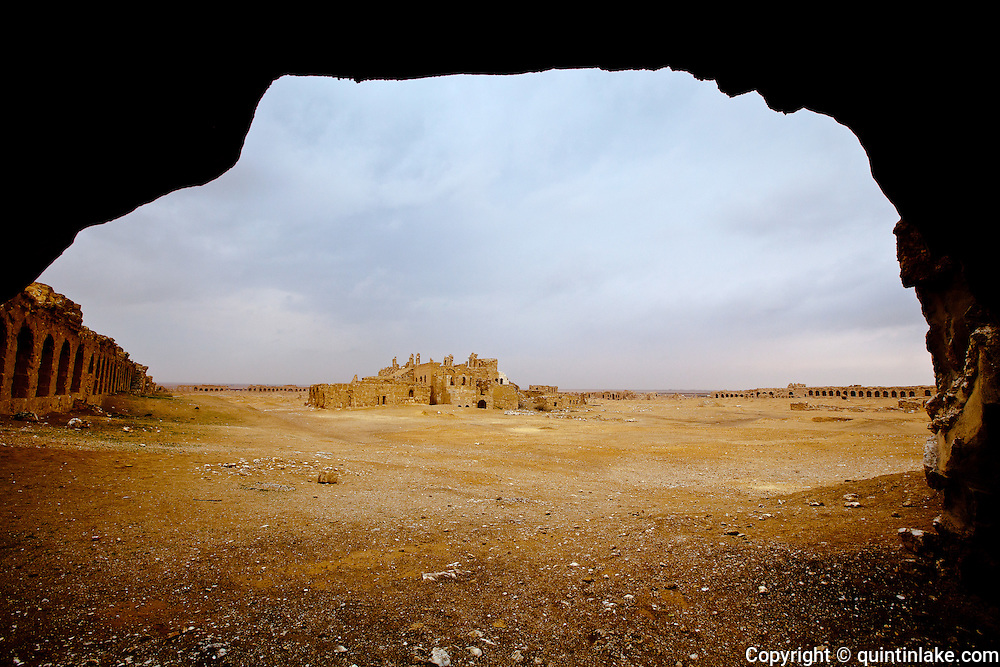