The most identifiable landmark in the village of Painswick is the parish church of St. Mary's dating to the early Norman period. The churchyard's clipped yew trees are another feature of the town...Evidence suggests that the church was built between 1042 and 1066. Looking closely at the tower, you'll see the scars of cannonballs left by a bombardment during the Civil War. Parliamentary troops took refuge in the church, but they were forced out by a combination of cannon fire and burning torches wielded by Royalist soldiers...Passing through the half-timbered lych-gate -- a roofed entry to the churchyard -- is the graveyard, the final resting place of rich wool merchants and the yew trees that draw the most attention. The church is also open for tour...There are two legends surrounding the yews. One legend says that the trees are uncountable, the other, that there are 99 trees, and if a hundredth was to be planted, the devil would pull it out...Every year, on the nearest Sunday to September 19, the "clipping the church" takes place. Local children wear flowers in their hair, join hands and embrace the church. 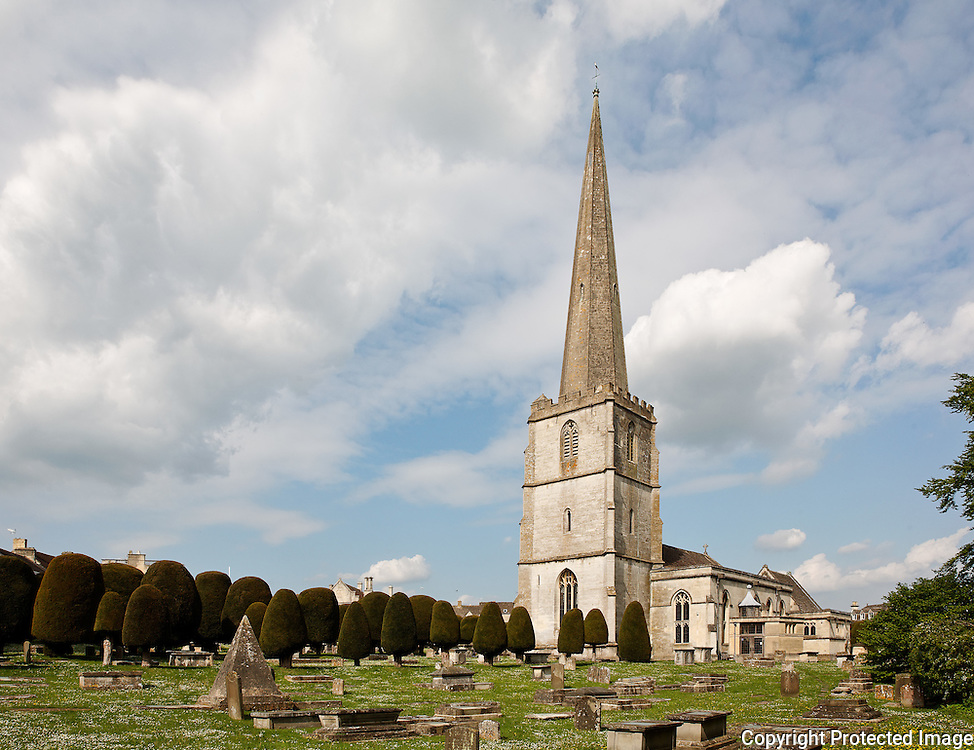